“The increase in house prices in February has been suppressed, but the increase is still the mainstream,” said Zhang Dawei, chief analyst of Centaline Property. In terms of new houses, house prices in 42 cities rose month-on-month in December 2020, which was at a low level after the epidemic was controlled. There has been a significant rebound in January 2021, with the price of new homes rising month-on-month in 53 cities. By February, it had reached 56 cities. 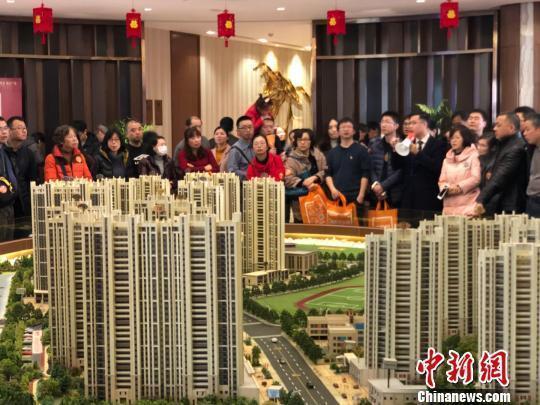 In terms of second-hand housing, according to the data of second-hand housing prices in 70 cities disclosed by the National Bureau of Statistics in December 2020, 38 cities rose. In January 2021, there were 49 cities, and in February it increased to 55 cities. “In February, under the influence of many local governments’ call for “New Year’s Day” and most sales offices “not closing” during the Spring Festival, coupled with the spread of panic buying under the policy, the housing market in hot cities rose.” Chen Chen, an analyst at the Zhuge Housing Data Research Center Xiao said. “The real estate transaction market from January to February this year showed the effect of the off-season, and the current housing prices are showing signs of heating up. And the interference caused by the epidemic has reduced, so the prices are slightly stronger.” Analysis Yan Yuejin, research director of the Think Tank Center of E-House Weighed.

Zhang Dawei pointed out that the second-hand housing prices in the four first-tier cities in Beijing, Shanghai, Guangzhou, and Shenzhen ranked the top four in the country in terms of month-on-month increase in February. This is the first time this phenomenon has occurred in history. Specifically, although the growth rate of second-hand housing prices slowed down in February, Beijing, Shanghai, Guangzhou, and Shenzhen rose by 1.2%, 1.3%, 1.0%, and 0.9% respectively from the previous month, occupying the top four in the country. “First-tier cities have taken the top four price increases of second-hand houses, mainly due to the “In-situ Chinese New Year” initiative in February. Most of the migrant workers stayed there for the New Year, which led to a large release of market demand and high market activity.” Chen Xiao believes.

Zhang Dawei believes that the core reason for this round of the property market from 2020 to 2021 is the credit policy, especially related to operating loans into the property market. “At the same time, the surging trend of Shanghai, Shenzhen, and other cities has made a small number of newly-built residential supplies scarce. Investors have entered the market and grabbed the housing of rigid-need customers, which has led to an increase in demand for second-hand housing.” Zhang Dawei analyzed that with the increase in regulatory policies, especially Recently, the price limit policy for second-hand housing has blown out, and the increase in housing prices has weakened. For example, Shenzhen has implemented regulations such as guiding prices for second-hand housing and strict inspections on operating loans. Shenzhen’s housing price growth is currently the first to narrow, falling from 1.7% last month to 0.9%. After the Spring Festival, Shenzhen’s second-hand housing transactions also fell to a historical low. The listing of owners and buyers showed a strong wait-and-see mood, and the temperature of the second-hand housing market dropped significantly Spark Global Limited.